In the shoes of… Simona Florio | Christmas Past and Present

Christmas is a great time … for most of us. The traditional images are compelling… – a large family gathering, warmth, presents, lots of jolly banter… If this is your reality, be truly thankful. I know I am.

For many people, particularly old people, Christmas has been a great time… earlier in their lives, with turkeys to cook and presents to wrap … but all too easily can become lonely and isolating.

For some people, childhood Christmases were a less happy affair but here the magic has grown. I am delighted to share Simona’s story – originally written and published as part of the wonderfully creative ‘Xmas To Remember’ campaign – our Italian friend who shares a little magic all year round at the Healthy Living Club in Lambeth…

I grew up in a village at the foot of the Italian Alps and, as far as I can remember, winter always brought snow.  In fact, even in August –when the sun peeled the paint off the benches around the Square– there was snow on the peaks, serving as a perennial reminder that the winters were harsh.

I was an only child and I found winters “harsh”, not because of the weather per se, but  because I was living with an overprotective grandmother who did not let me play “in the cold”. As a result, I spent many festive seasons sitting in her lonely, sweltering, kitchen knowing that all of my friends were building snow-men outdoors.

Needless to say, I did not dream of white Christmases. I prayed for peaceful Christmases instead but, to no avail: quite a few of my relatives used to treat Christmas dinner as an occasion to rub salt into each others’ old wounds. So, by the time the panettone came, the table would be surrounded by adults in tears, and empty chairs.

As untypical as all of this may sound, I didn’t perceive the Christmases of my childhood as very disappointing, sad,  or unusual.  As I saw it, Christmas happened periodically, just as the several  other special occasions my family  seemed to have been programmed to gather and “celebrate”,  and  we celebrated all such special occasions in the same way. Sour grapes also featured prominently at Birthdays, Easters and Mothers’ Days, as did our best dinner plates abandoned half-full, on half-empty tables.

In other words, Christmas was nothing special, and it certainly wasn’t any more special than the 6th of January– which was when the Befana came.

The Befana is a good Witch: a poor old lady with a crooked nose and darned socks who flies all over the skies of  Italy on a broomstick, making sure that all children in the country  get presents on each anniversary of the day on which Casper, Melchior and Balthasar delivered gold, frankincense and myrrh to baby Jesus.

My great-grandmother, who never came to our Christmas dinners – bless her heart– used to say that the 6th of January was when the real Christmas was and, as she was the only one of us who went to Church, I assumed her to know best.

Luckily the other adults in my family did not seem to think the same. So there were no dinners, and I celebrated the Epiphany with just my Granda Maria who, in my eyes, was as old as the Befana herself. We hung hand-knitted stockings on top of her wood-stove on the night of the 5th,  and then we stayed up late together, waiting for the Befana… until I would fall asleep.

Granda Maria would cover me with a pile of blankets, and let me sleep in the kitchen. In the morning, I would wake up to the presents she had been hoarding for months. The presents were “leaner” than those brought by Santa Claus, but they always caused more delight. They were things like peanuts, fancy stationery, novelty socks and tiny toys. One year I got a pair of cow-boy trousers (which I had been wanting since Carnival the previous year) and, the following year, I got a stapler which must have weighed 300 grams. I was a creative child, and that  being the first stapler to have entered the house, I considered it the best present I had ever had. I used it almost non-stop for weeks, to make paper handbags out of the pages of a mail-order catalogue, and then a bit less obsessively, to complete all sort of other projects, for years to come. The stapler remained one of my most prized possessions until I left home at 17, when I decided against taking it with me because it still was the only stapler in the house. In fact, some 35 years after I received it, it still is. Not so the eraser which looked and smelled like a strawberry and sat proudly on my school desk until it was snaffled. 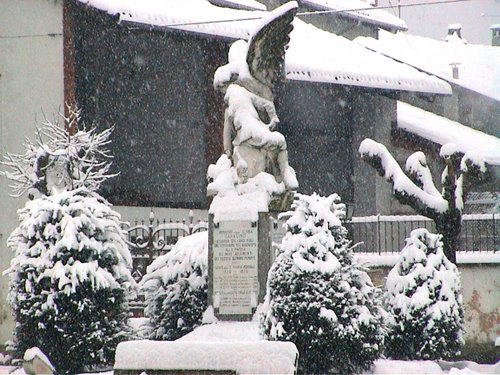 I now run the “Healthy Living Club” for people with dementia, and I am aware that some people’s earliest memories of Christmas may not be much more cheerful than my own. I am also aware of cultural differences, and that some people may not have celebrated Christmas at all. Some others may have had a mixture of good and bad Christmases, and chances are that the average person won’t reach old age with only blissful memories of Christmas.  I used to know somebody whose grandchild died on Christmas Eve, and rumours that divorce lawyers’ busiest week of the year is the one after the long Christmas holiday ring true, at least to me. So reminiscence sessions intended to revive memories of past Christmases can revive sad feelings too. There is no guarantee that a person’s most vivid memories of Christmas will be of the best Christmas they ever had, and there have been occasions when I saw people with dementia lower their heads and cry as others shared their –perhaps embellished– memories with glistening eyes.

Some people might be luckier in life than others, but I find that people’s desire to enjoy  the spirit of Christmas and celebrate its magic is universal. Personally I love Christmas and the love seems to be infectious. Despite or because of my childhood, I start anticipating our Christmas celebrations at the Club weeks in advance and I hoard little presents for everybody all the year round, a bit like my Granda Maria did for Epiphany. I look forward to singing and starring as the cow in our nativity play. I even have a special cow costume which we made in the Club three years ago. This year we started celebrating in late November when we stuck glitter to our Halloween pumpkins, made other decorations and listened to carols. Then last week we started singing carols ourselves.  My favourite is “White Christmas” because, although I didn’t dream of a white Christmas as a child, I now do, and I think it’s never too late to dream of good things.

All members of the Club, including those with dementia, seem to share my spirit and the sense of anticipation which permeates the weeks preceding Christmas. There is much pleasure in making preparations together, following familiar rituals and the ensuing atmosphere is part of what Christmas is mainly about. It is about peace, love and the making of good times, in the here and now, with the people we care about.

My hope is that, although most members of the Club will forget our Christmas celebrations as soon as they are over, the feeling of cheer will stay with them, as it always does with me. Dementia may well rob people of all their memories, and some could argue that it doesn’t cause the most painful of memories to fade soon enough. However, it can’t rob people of their capacity to “feel”. So there is no reason why we should resign ourselves to people with dementia enjoying their Christmases of today any less than their Christmases of yesteryear. As far as I am concerned, I shall enjoy the mince pies at the Club this year much more than the panettoni I ate as a child.

About Gill Phillips - Whose Shoes?