On Monday, I posted Part 1 of Alison Cameron’s astonishing story.
It has been a ‘best seller’ …… I will post part 2 here, but then will re-visit shortly as these powerful blogposts have raised a LOT of issues about the current state of health, social care and HOUSING (yes, housing – that Cinderella-not-quite-part of-the-integrated-family service)…

Can't wait for part 2 of incredible, inspirational personal narrative from @allyc375 http://t.co/e1Ux2eGnK8 Brought to us by @WhoseShoes

I started in small ways after having the seed of hope planted by hearing the inspirational Doctor Rachel Perkins speak. I had tottered into a meeting run by the mental health charity Mind in early days after release from the first long term admission to the ward. I assumed my useful life was over. My only interaction virtually for some nine months had been responding to daily bellows of “supper time!” or “medication!” so little wonder I had no faith that I had any skills or assets left. I heard Rachel speak of how, while a Clinical Psychologist, she herself had ended up on a ward, having been diagnosed bipolar. In fact, it had been the start for her, not the end.  She is now a leading exponent of the Recovery Model railing against “care” as “cotton wool. What we want are opportunities”. She has used her experiences to become a catalyst for change. I decided if she could do it, so could I.

Initially I ran the gamut of the tick box “involvement” exercises and did more questionnaires than I had curry in the psych ward canteen (which was EVERY day). I was left feeling frustrated at the largely meaningless nature of most of it. I became increasingly disillusioned that I was simply being wheeled out to create the illusion of genuine commitment to being “person-centred and keeping the service user at the heart of everything we do” and other trite phrases such as “nothing about us without us”.  I could hear loud and clear though that services were now talking the language of “involvement” “empowerment” etc but could see that my involvement was to a great degree still rather tokenistic and that professionals often had a profound fear of competent, forthright service users who were often at least as well informed and skilled as they were.  They were happy to allow us a place at the table as long as the fundamental power imbalance remained in place. I passionately believe that patients, particularly those with long-term conditions, bring with us a huge range of assets which are a vital resource that is still not being fully utilised.

Patient and Public Involvement remains largely unrepresentative of the whole community of asset holders. The so-called “hard to reach” for example are rarely present in formal structures. I believe that using co -productive models, which incorporate reciprocity so that tangible value is accrued from involvement on all sides, are the key to addressing this.  On a practical level, I want to use my talents actively to contribute to a process of change in Patient and Public Involvement whereby it is fully recognised that people like myself may well be “hard to reach” (in professional opinion), may have experienced homelessness, long term illness, disability etc, but still have a lot of skills and assets – both expertise by experience but also the whole wealth of skills that become subsumed by labels stamped on us without our input in the decision. 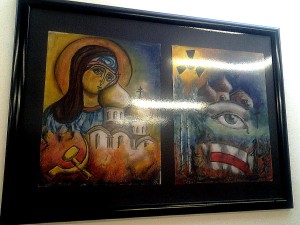 Nowadays, I am part of an ever growing tribe of people who get this message. I am in contact with Edgar Cahn who has described me as a “hellraiser” which coming from him is the biggest compliment since I was told I was over committed to the truth. I am now a Fellow of an academic leadership and applied research programme where I am using my lived experience and professional background to demonstrate to clinicians and other Health Care professionals that working with us as equals may be a challenge, or even disruptive, but it is that disruption where the creativity lies.  My own Fellowship project using co-design tools is based back on the very ward where I was last a patient, which sends out a huge message – even if it is “lunatic takes over asylum” – and I will be ensuring that that humour, which has often been the key to my survival, is part of it all at every stage.

With clarity that comes with reclaiming the power in my own life, I am now open to noticing real opportunities around me. Social media helps me reach out to the wider world and link up with fellow members of the “tribe”. Through Twitter, I have among other things been approached by the NHS Leadership Academy who responded to my Twitter observations that their views of Leadership seemed to be restricted to those in paid employment within the NHS and this was missing out on a huge opportunity to tap into the vast font of lived experience.  I will be starting one of their programmes later this year.

There are kindred spirits out there which is key to survival at times when I feel I am facing insurmountable barriers, internal and external.  And when I get to meet them in person, even better. I met the amazing Gill Phillips recently. I love her work. I really get that it is not sufficient for services to decide suddenly “we are now DOING personalisation/co production, ok, so what do you want…?”. Not surprisingly there is often an embarrassed, if not fearful silence. Rachel Perkins pointed out that she had been involved in Mental Health at the time people were being released from the old asylums. She said if you had suddenly asked them what they wanted, they would have replied “to stay where we are”. When we have had our identities subsumed by labels: diagnostic, educational, age, race, etc, we are often trapped in a bunker that keeps us in but also keeps us safe. Gill’s wonderful Whose Shoes?® is one of the creative, innovative ways of unlocking the bunker, to allow the capacity-building which is essential if there is a genuine will for this to work.

I know what it is like to be trapped within concrete walls surrounded by landmines. I may have needed a hand to hold as I took steps across the field until I felt safe enough to let go. My last leap to freedom is when I cease to be dependent on Benefits and am finally able to make decisions for myself, rather than await the deliberations of “care” professionals.

That’s the thing with all of this – it gives us ideas above our station.

“No more subordination of those we help as the price exacted for helping.
No more ongoing dependency as the implicit price for receiving help”.
Edgar Cahn

About Gill Phillips - Whose Shoes?